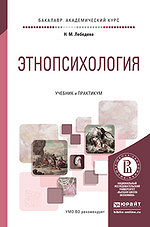 Lebedeva N. Ethnopsychology. A textbook and a workshop for academic baccalaureate. M.: Yurayt, 2014. (in Russian)

The textbook will acquaint future psychologists with the main theories and results of empirical research in ethnic and cross-cultural psychology conducted in different countries of the world. The publication of the textbook is dictated by the relevance of ethnic problems in the multicultural society of Russia. The book combines for the first time the chapters containing the theories and results of ethnopsychological studies and ethnopsychological work (research methods, exercises, case studies for the main theoretical chapters, as well as the methodology for training ethnocultural competence and tolerance) that will allow students to look at the problems of interethnic interaction from different points of view : Student-psychologist, future expert, and psychologist-practitioner, working with psychological problems of interethnic relations. 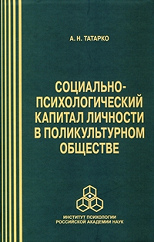 Tatarko A. Socio-psychological capital of the individual in a multicultural society. Moscow: IP RAS, 2014. (in Russian)

The monograph presents a new direction in modern psychology - the study of the socio-psychological capital of personality (SPCP). For the first time, the interpretation of the concept of "socio-psychological capital of the individual" is proposed, its correlation with other close psychological concepts, as well as with other forms of capital, is considered. The structure of socio-psychological capital and the relationship of this phenomenon with the socio-economic behavior of the individual, in particular, with the entrepreneurial one, are analyzed. Special attention is paid to the analysis of the peculiarities of SPCP in the context of multiculturalism in Russia. In the work, a cross-cultural analysis of the SCSP, consideration of the interrelation of values and SPCP of representatives of different ethnic groups, as well as an assessment of the ratio of SPCPs to the ethnocultural heterogeneity of Russian regions is carried out. 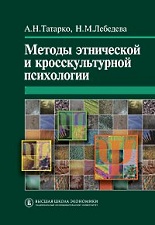 Tatarko A., Lebedeva N. Methods of ethnic and cross-cultural psychology / Ed. by I. Saveliyeva. Moscow: HSE, 2011. (in Russian)

Methods used in ethnic and cross-cultural psychology are rich and varied, and there are many different versions of the same techniques also. This book does not include all currently existing ethno-psychological techniques, and their range is definitely wider. To select methods entered into the book, the authors were guided by the following principles: the available data about the valid, reliable techniques, information on their popularity among researchers, and in many respects their own experience in applying these techniques. 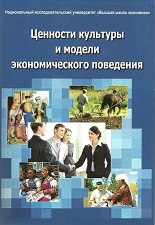 The collective monograph is devoted to examination of the relationship between culture and economic consciousness of Russians and is based on theoretical and empirical research conducted by research team of the International Scientific-Educational Laboratory for Socio-Cultural Research of the Expert Institute of the National Research University "Higher School of Economics." Considerable attention is given to comparative consideration of the economic consciousness and behavior of Russians and the Caucasians, of the inhabitants of various regions of Russia, of the representatives of two largest religious denominations in Russia (Christians and Muslims). The authors of the book make not just statements of the differences found, but attempt to explain their reasons considering the relationship of models of economic behavior with such socio-cultural and socio-psychological factors as values, social capital, innovative attitudes of the individual. For professionals interested in problems of relationship between culture, economics and psychology. 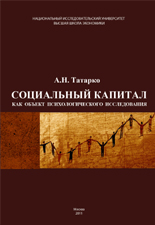 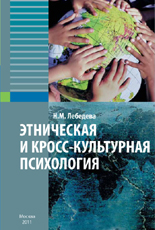 The textbook presents the modern theoretical approaches and the results of empirical studies in the dynamic branch of psychology - ethnic and cross-cultural psychology. Traced and explained the relationship between ethnic culture, consciousness, behavior, interpersonal and intergroup communication in different spheres of human activity. The textbook consists of six sections: "Psychology, culture, ethnicity," "Cognitive processes and culture", "Person and Culture", "Psychology of communication and culture", "Ethnic migration and acculturation," "Culture and Organization." The textbook will be useful for students and professionals interested in the cultural conditioning of the mind and human behavior in society. 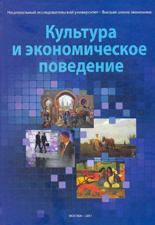 The collection of articles compiles works by researchers in various fields – cultural anthropologists, religion researches, social scientists, psychologists, and economists, covering problems of economic consciousness and behaviours from evolutionary and cultural-comparative perspectives. The collection consists of three sections – “Economic consciousness and behaviours as subjects of interdisciplinary researches”, “Economic behaviours in the context of morals, justice, and religious ethics” and “Culture and innovations”. The collection is intended for specialists interested in problems of culture, economics and psychology connections. 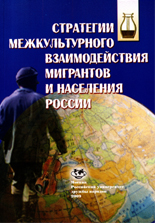 The book presents the results of empirical research on acculturation of migrants and intercultural communication in multicultural regions of Central and Southern Russia:Moscow, Stavropol region, Penza, Kabardino-Balkaria. Investigations were carried out by recognized scientists in the field of ethnic and cross-cultural psychology as well as by young researchers – undergraduate and graduate students of psychology department of the State University - Higher School of Economics. Results obtained using the D. Berry methodology (Project MIRIPS - Mutual Intercultural Relations in Plural Societies) in the Russian context are notable for their scientific novelty and practical importance. The book can be useful for professionals interested in the socio-psychological problems of acculturation of migrants and strategies for intercultural interaction. 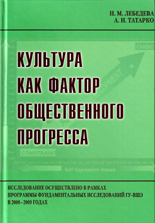 The monograph presents the results of research of Laboratory for Social-psychological Studies HSE, carried out in 2008-2009. Different approaches to measuring culture (Hofstede, S. Schwartz, R. Inglehart and others) and Russia's position relatively to other countries in the coordinates of these measurements are considered. The authors present the results of their own empirical research of interconnection of cultural dimensions and social capital with economic attitudes and perception of Russians. The book also presents the results of cross-cultural study of the relations between social capital and economic attitudes of young people in Russia and China.The authors’ conception of social and cultural factors of economic development, combining approaches R. Inglehart and C. Schwartz, is offered, and a map of the world in the axes of authors’ dimensions “Anthropocentrism” and “Self-disclosure / Acceptance” is presented. For social psychologists, sociologists, political scientists, economists and social anthropologists as well as for those interested in the relation of culture and economic development of society. 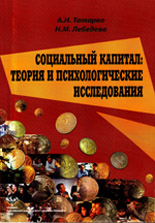 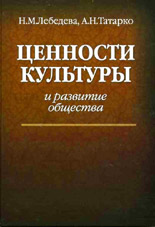 The monograph is an original theoretical and empirical research of the influence of culture (values, time orientation, level of religiosity) and social capital (trust and civic identity) on the socio-economic development of society. The authors have analyzed different approaches to measuring cultural values and their relations to the socio-economic development (G. Hofstede, R. Inglehart, S. Schwartz, M. Bond, etc.) and presented the results of an empirical study of the influence of culture and social capital on socio-economic attitudes and psychological well-being of Russians. The study revealed the dynamics of the values of youth and older generations in 1999-2005 and a new, culturally-specific approach to grouping of values which represents the influence of culture on the socio-economic attitudes of Russians. The authors examine the potential competitive advantages of Russian values as well as offer recommendations to use these results in the field of economics, politics, and education. The book can be recommended to specialists in the field of psychology, sociology, economics, and cultural and social anthropology as well as to all readers interested in the issues of socio-cultural determination of social development. 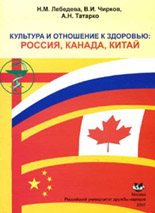 This monograph presents the theoretical approaches and empirical cross-cultural study of the influence of culture, social capital, and autonomous motivation on the attitudes and individual behavior in relation to one’s health. Various cultural patterns of attitude to health are discussed (Chinese, Canadian and Russian), with conclusion on universal (social capital, autonomous motivation of behavior) and culturally specific (time perspective, horizontal-vertical cultural) factors of health saving. The book suggests ways to optimize people’s attitudes towards their health in modern Russia. The book is intended for a wide range of professionals interested in the issues of culture and attitudes towards health. 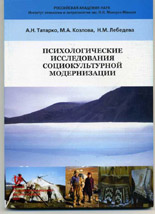 The monograph presents the results of empirical research on the psychological consequences of socio-cultural modernization. The authors trace the changes in values, psychological well-being, characteristics of mental health, ethnic identity, and ethnic installations taking place in the process of modernizing lifestyles. The outcomes of the study are the models reflecting the main specialties of psychological change in the traditional cultures in the transition to a modern lifestyle. Conclusion about "psychological costs" and "psychological benefit" of socio-cultural modernization are presented. The monograph can be recommended for professional psychologists, anthropologists, and sociologists, as well as for anyone interested in the issues of the impact of modernization on changes in the society.

Have you spotted a typo?
Highlight it, click Ctrl+Enter and send us a message. Thank you for your help!
To be used only for spelling or punctuation mistakes.