Family support in Russia as a sociocultural phenomenon

On March 24 Anna A. Mironova (Junior researcher of the Center for Family Policy and Quality of life Studies) took part in the "Culture matters" research seminar with the report on "Family support in Russia as a sociocultural phenomenon".

In conditions of economic crisis, support from relatives, neighbors and friends is of particular relevance. Research has shown that recourse to relatives, friends and acquaintances is one of the main ways of adaptation to difficult life situations in Russia.

Meanwhile, the exchange of mutual assistance among members of the informal network did not stop in good times, when there was no urgent need for assistance. In this case, the exchanges between family members are for maintaining the social status of the family and allow family members to feel their community.

The basis of the study presented by the reporter were the data of "Study on the interaction between urban "gardeners" of creative and intellectual professions with the local rural community (for example Ugric project in Kostroma region)", which was conducted in August 2014 using in-depth biographical interviews with "gardeners" of creative and intellectual professions and local residents.

During the report, the following main issues were pointed out: subjective assessment of the role of informal exchanges, peculiarities of their perception, and what makes Russians be included in informal exchanges network.

During the discussion of the report, questions were raised about the situation with similar support in other countries and whether the results of the study can be used in social policy planning. 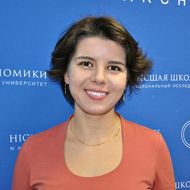