Adaptation of health workers from OECD countries in Russia

On May 30 Dmitry Podolskiy took part in the "Culture matters" research seminar with the report on "Adaptation of health workers from OECD countries in Russia: opportunities and limitations from the perspective of creating international medical centers in Russia".

The Russian public health system is increasingly becoming an open system for interaction with counterparties from Western countries. First of all, this concerns the attraction in Russia of modern technologies and practices that correspond to the world level. When analyzing the possibility of the work of doctors from other countries in Russia, there are significant differences, both cultural and in the field of training and education. Within the framework of the seminar, the possibilities of limitation were considered, which should be analyzed to create an effective system of adaptation of foreign medical specialists when working in Russia. 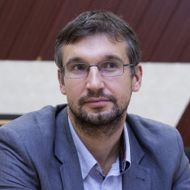