On October 10 Klaus Boehnke took part in the "Culture matters" research seminar with the report on "Are Socially Cohesive Societies Healthier? On the Influence of the Societal Level of Social Cohesion on the Health Status of Western Publics".

The report provides the analysis of the relationship between the quality of social cohesion in 34 countries of the Western world and the average health status of citizens of these countries. Based on assumptions that can be derived from the work of Veenhoven, it tests the hypothesis that high levels of societal cohesion are positively related to both physical and mental health. The Bertelsmann Social Cohesion Radar serves as a database for the assessment of societal cohesion levels. The Radar is based on a new multi-faceted concept for measuring social cohesion, developed by the authors. Cohesion data are being related to health data from WHO files, namely the so-called disease-adjusted life years (lost), DALYs. Correlation analyses (bivariate and partial) exhibit surprising results: Prevalence of physical diseases is indeed lower in countries with high levels of social cohesion, whereas for mental health indicators no relationship emerges. However, when the relationships are partialled for a country’s per capita state expenditures on health, the relationship between social cohesion and physical health disappears, whereas for mental health indicators it emerges that more disease-adjusted life years are lost to mental diseases in countries of high social cohesion. The authors interpret this finding in line with Maslow’s Hierarchy of Needs. They propose that in countries with a high level of social cohesion all basic needs of citizens tend to be fulfilled (as opposed to countries with low levels of social cohesion), so that more people turn to the fulfillment of self-actualization needs. However, as major proportions of the population fail in fulfilling these needs, mental health problems increase in comparison to countries where people predominantly need to fulfill their more basic needs. This interpretation puts the research into the tradition of Inglehart’s political development theory. 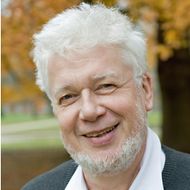