Habit Disruption and Behaviour Spillover. A Study of the English Plastic Bag Charge

Plastic bag charges are popular and easy-to-implement policy instruments that can successfully reduce plastic bag use, a common waste-related habit, and a cause of environmental pollution. Based on the behaviour spillover theory (Thøgersen, 2012), it can be expected that benefits of bag charges may go even further, in that changes to this behaviour may lead to changes in other environmental behaviours and attitudes. This paper examines habit disruption (Verplanken et al., 2008) and behavior spillover effects of the mandatory plastic bag charge, introduced in England in October 2015. Combining a longitudinal survey from representative samples (n=1,230), observations of customers’ bag use in major supermarkets (n=3,762), and longitudinal in-depth interviews (n=43), we investigated behavioural and attitudinal responses to the charge. Results were triangulated and validated using these different methodologies. Results of surveys, observations and interviews show that the charge was efficient in disrupting the automaticity of plastic bag use habit, and acted as an important ‘thought-trigger’. Changes in plastic bag use, however, did not predict changes in other environmental behaviors, meaning that no behavior spillover effect was found. In addition, results of surveys and interviews indicated the increase in support for the bag charge after its introduction. Increased support for the bag charge, in turn, predicted greater support for other charges to reduce plastic waste, suggesting a ‘policy spillover’ effect. These findings can be used to develop other behavior change policies and interventions in the environmental area, as well as contribute to current debates on behavior and attitude spillover effects. This research was funded by ESRC grant ES/M00385X/1.
Keywords
professorsresearch projectsattitudesCulture Matters
About
Centre for Sociocultural Research
About persons 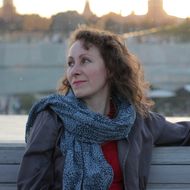