Multiple identities as a predictor of attitudes toward other culture members: the case of Russia

On February 28 Kristina Velkova took part in the "Culture matters" research seminar with the report "Multiple identities as a predictor of attitudes toward other culture members: the case of Russia".

Social identity has been recognized as a predictor of attitude formation and maintenance. In the context of globalization increasing opportunities for intercultural interaction raise some important issues related to intercultural relations and attitudes. Therefore, identification was proposed to play an important role on a cultural level as well as on a group level.
The current research aimed to investigate the effect of multiple identities (i.e. national, religious, regional, European, and soviet) on attitudes toward other culture members from Asia, Europe and North America. Moreover we were interested in assessing the association between multiple identities and other predictors of attitudes such as satisfaction with life, support for multiculturalism, perceived threat, and perceived discrimination.
The conducted research showed that respondents’ attitudes toward various cultural groups significantly differed. Moreover, the patterns of predictors’ influence also varied between cultures. National and religious identity displayed significant effect on Russians’ attitudes in affective and positive cognitive evaluations, while one of the strongest predictors of attitudes toward other culture members was support for multiculturalism. Attitudes toward most of the European and Asian cultural groups were mediated by perceived similarity, feelings of sympathy and experienced intercultural contacts. Therefore, our results proposed that Russians based their attitudes more on subjective factors rather than relying on shared characteristics between cultures. 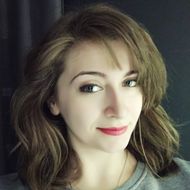