Climate change denial (CCD) is a social attitude that expresses skepticism about the scientifically grounded fact of climate change, including its consequences for people, society, nature in general, and its individual species, as well as the possibility of adaptation through common efforts of people. Climate change is one of the global threats facing humanity at the moment, and therefore it is important to study the possible cultural and individual manifestations and predictors of this phenomenon, for the possible unification of different countries in solving this environmental problem.
The research problem was the connection (or conditionality) of CCD with manifestations of cultural and personal individualism/collectivism.
The sample consisted of 2,751 respondents from Armenia, China, Cuba, India, Poland, Russia, Turkey, Ukraine, and Estonia.
Three hypotheses were tested:
1. Collectivist cultures are more likely to deny climate change than individualistic ones (the CCD score will be higher).
2. People with high rates of personal collectivism will be more likely to recognize climate change (CCD will be lower).
3. In the female subsample, the CCD indicators will be lower than in the male.
It was found that the denial of climate change is indeed associated with cultural collectivism, however, with high strength of connection, the lowest CCD was found in collectivist Turkey. Further, a connection with religion was found: those people who have not yet decided on their religious views are most likely to deny climatic changes. Finally, it was found that personal horizontal collectivism inhibits CCD, while personal vertical individualism contributes. 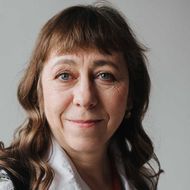