On June 3 Irina Prusova (Research Fellow, Scientific and Educational Laboratory of Psychology of Social Inequality, HSE University) took part in the "Culture matters" research seminar with the report "Reminders of Death and Political Ideas about the Ideal State in the Countries of the Post-Soviet Space".

Psychological research shows that the reminders of death have a significant impact on the formation of political ideas. The presented factor is considered within the framework of the system justification theory and the terror management theory. According to the system justification theory, the fear of death is an example of an existential threat, the actualization of which leads to a "conservative shift" regardless of the initial political orientations. The terror management theory considers the fear of death as a specific threat, which correlates with the "protection" of the cultural worldview. In particular, in the political arena, the reminder of death leads to the polarization of the "cultural worldview", the initial political ideas. The purpose of this study was to study the influence of reminders of death on political ideas about the ideal state in the countries of the post-Soviet space. The online survey involved citizens of Russia (N = 475), Kazakhstan (N = 365), and Ukraine (N = 406). Participants were asked to fill out a methodology for assessing political ideas about an ideal state, after which they were asked to answer 2 questions about emotions and thoughts about personal death, a collective threat (military action), or dental treatment (control condition). At the last stage, the participants had to assess the attractiveness and willingness to support political programs, which included such bases of political ideas about the ideal state as "state support" and "state control". The results of the study showed that the reminder of death has an impact on the support of programs with issues of "state control" in Kazakhstan and Russia, while in Ukraine - "state support". The presented results are discussed within the framework of the terror management theory and the system justification theory. 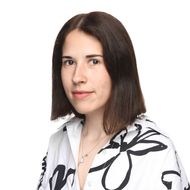