On September 30 Anastasia Trifonova (Research Assistant, Postgraduate Student, Center for Sociocultural Research, HSE University) took part in the "Culture matters" research seminar with the report "Personal and contextual predictors of adaptation of the Russian ethnic minority in the post-Soviet space (on the example of Estonia)".

Due to the political and cultural distance of the former Soviet republics from Russia, relatively little is known about how the processes of acculturation of Russians are going on in the changed socio-political and ethnocultural conditions of the post-Soviet countries. What influence do personal factors, as well as the characteristics of the socio-cultural context, within which interethnic interaction of representatives of the Russian diaspora and the ethnic majority take place on these processes? The report presented the results of an empirical study aimed at studying the personal and contextual factors of the adaptation of Russians in Estonia. Subjectively perceived features of the acculturation context - perceived discrimination, perceived security, cultural affinity, the permeability of borders, and descriptive intercultural attitudes - were considered as contextual factors. Personal factors include different types of social identity, prescriptive intercultural attitudes, and self-efficacy. The interrelation of these factors with the strategies of acculturation, diaspora activity, migration intentions, and psychological well-being of Russians was discussed. A typology of adaptation models for Russians in Estonia was proposed based on combinations of these factors. 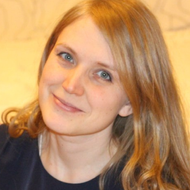