On November 18 Ekaterina Maklasova (Research Assistant, Center for Sociocultural Research, Postgraduate Student, Visiting Lecturer, Department of Psychology, National Research University Higher School of Economics) took part in the "Culture matters" research seminar with the report "Individual values of Russians and the climato-economic context of the regions as a factor of corruption".

The global COVID-19 pandemic has triggered not only a health and economic crisis but also a new wave of corruption that has surpassed the scale of previous years. Corruption is one of the most serious threats to the stability and well-being of society. Among the negative consequences of the influence of corruption on the life of society, there may be distrust of the authorities, lack of political and civil freedoms, economic and social inequality, poverty, and much more. That is why the study of the sources of corruption and the motives for maintaining corrupt behavior at all levels of social interaction is a necessary step in countering such a complex social phenomenon. This study was aimed at building a comprehensive model of Russians' attitudes towards corruption, including environmental, economic, and psychological factors. The study involved the working-age population of 15 regions, each three of which reflect a certain climatic zone of the country with one of three economic statuses (poor region, region of average income, rich region), in the amount of 1380 partisapants aged from 18 to 72 years, having a permanent source of income. The results of the study showed that the climatic requirements and the level of economic development of Russian regions predict the objective level of corruption (i.e., the behavior of the bribe-taker), but do not predict the acceptability of corruption for the population of the regions (i.e., the behavior of a potential bribe giver). At the individual level, the acceptability of corruption is better predicted by the individual values ​​of people. 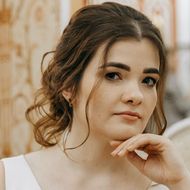