Intercultural relations in Crimea: The role of identities and acculturation preferences

Crimea is a region with a complex ethnic composition and a dynamic nature of interethnic relations. This study was aimed at examining the relationship between social identities, acculturation preferences, and psychological well-being of the ethnic majority (Russians) and ethnic minority (Crimean Tatars) in Crimea. The sample consisted of representatives of the ethnic majority (Russians, N = 294) and ethnic minorities (Crimean Tatars, N = 269) aged 17 to 67 years. The results of the study showed that the relationship between identities and acculturation preferences differs among representatives of the ethnic majority and minority. Among the Russian residents of Crimea, ethnic identity and identity are positively interconnected with a preference for the integration of minorities, while an ethnic minority has ethnic and national (Russian) identity. At the same time, in both groups, acculturation preferences for both integration and separation are positively correlated with indicators of psychological well-being. The results obtained were considered through the prism of the socio-cultural and historical context of Crimea. 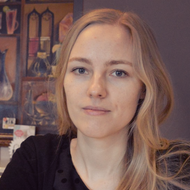