Not to know, but to be afraid: sources and ways to overcome cancerophobia

On January 20 Sergey Startsev (Research Assistant, International Laboratory for Social Inclusion Research, National Research University Higher School of Economics) took part in the "Culture matters" research seminar with the report "Not to know, but to be afraid: sources and ways to overcome cancerophobia".

Over the past hundred years, mankind has learned to treat or prevent many infectious diseases, but the natural result of progress in medicine and increased life expectancy has been the emergence of cancer as one of the main causes of death. Cancer, due to the specific nature of its nature and treatment, can cause fear, which in its extreme form manifests itself in the form of cancerophobia. Of course, oncology has clearly expressed physiological reasons for fear, but how this fear is embodied and leveled is largely related to the cultural and socioeconomic characteristics of the environment. Based on the analysis of 37 in-depth interviews, this study attempts to answer the question of what scares people who have not personally experienced cancer in cancer, and how such fear is overcome in everyday life. An analysis of the informants' narratives suggests that the fear of cancer is inextricably linked with ideas about the state of the healthcare system and the level of socioeconomic development of the country. At the same time, a low level of trust in the institution of medicine can be replaced by faith in an individual specialist, acquaintance with whom will become a potential “salvation” from oncological disease. The high degree of uncertainty associated both with the characteristics of the disease itself and the socio-cultural context in which it can potentially be lived is overcome in several ways. One of them is the formulation of lay theories about the causes, prevention, and treatment of cancer, allowing to reduce a complex disease to specific, controllable factors. Psychosomatic everyday theories are especially pronounced: “thoughts about cancer”, “dissatisfaction with life”, “stress” are some of the key causes of cancer, according to the respondents. An important role in overcoming the fear of cancer is played by the increased agency of individuals in the field of self-care. Thus, the anti-cancer practices that people bring into their daily lives can reduce the irrational fear of the disease. The opposite strategy is a fatalistic position in relation to the disease, as well as a narrow planning horizon - oncology is not perceived as a phenomenon that lies in the field of urgent problems, and loses out to more pressing social and economic challenges. 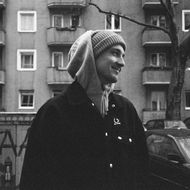