On the heterogeneity of poverty on psychological level

On October 1, Olga Poluektova took part in the “Culture matters” seminar with a talk on the heterogeneity of poverty on psychological level.

Poverty continues to be a prominent social issue in many countries of the world, and is especially important for Russia, where the governmental statistical agency puts the figure of people living below the poverty line at 15%.

Despite the paramount social importance of poverty and all the due attention dedicated to the problem, the difficulties with defining and measuring poverty still abound. While some researchers define poverty as low income and lack of opportunities to fulfill basic needs, others insist on approaching poverty from subjective and relative points of view.

According to Olga, most studies on poverty are limited by the use of simplified, one-dimension definitions of the subject, with only one aspect of poverty, such as income or subjective socioeconomic status, being examined. In her study, Olga examines multiple dimensions of poverty, including income, relative deprivation, subjective socioeconomic status, and socioeconomic status in childhood, their interrelations, and influence on psychological outcome variables, such as self-esteem, life satisfaction, personal values, self-efficacy, and others. Another important methodological strength of the study is recruiting a sample of people living below the poverty line.

The study involved adaptations of English-language measurement tools using cognitive interviews. 300 people participated in the study, including 154 poor people and 147 people with income above the poverty line. Olga shared the results of her analysis, acknowledged the limitations and discussed her future plans.

After the presentations, the participants discussed methodological issues, most importantly, using stepwise regression analysis while accounting for possible multicollinearity. 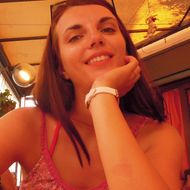