On November 17, Maria Bulceva (MSc in Psychology at HSE and TiU), took part in the "Culture Matters" research seminar with the report on "The role of individual values and motivation in literary creativity of poets and prose writers".

This research is devoted to the analysis of relations between values (according to Sh. Schwartz approach), motivation types (according to E.Deci and R. Ryan SDT) and frequency of literary creativity among poets and writers.

The research is empirical correlational study using such questionnaires for data gathering as revised PVQ-R of Sh. Schwartz, authors’ questionnaire to measure frequency of creative behavior and questionnaire of motivation to creative behavior developed by the International Scientific Socio-Cultural Laboratory of Higher School of Economics on the basis of E. Deci and R. Ryan's questionnaire; and  such methods of data processing as confirmatory factor analysis, t-test for comparing means, regression analyses and path-analysis in AMOS.

The sample consisted of 240 representatives of “little creativity” involved in writing poetry or prose during last year. It was revealed that poets and writers have differences in values and their relations to creativity.  For poets, Social Focus values are of the same importance as Personal Focus values, while for prose writers Personal Focus values are more important than Social Focus values. Different sets of values are related to literary creativity among poets and writers: Openness to Change and Self-Transcendence values among poets and Conservation, Self-Enhancement and Self-Transcendence values among prose writers. Autonomous motivation plays a mediator role in the relations between values and creativity in both groups. 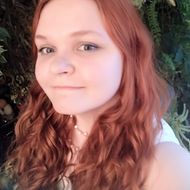