The last decade has seen a steady flow of migrants to the regions of Central Russia. As a result, ethnic heterogeneity in Russian schools is increasing. School bullying is seen as one of the most serious problems associated with the relationship between children of migrants and children of the host population. Children from minority groups are more likely to be bullied than children from the ethnic majority. The aim of the study was to identify the relationship between the role of the victim and such strategies of acculturation as separation and marginalization, and between the role of the aggressor and the strategy of assimilation (N = 390). The data obtained demonstrate that there are intergroup differences in the level of victimization: respondents from ethnic minorities and immigrants are more susceptible to bullying, while no differences were found in the level of aggression. It was also revealed that the strategy of separation is positively correlated with victimization, and assimilation - with aggression. Media analysis demonstrates partial mediation of the relationship between separation and victimization through perceived ethnic discrimination. 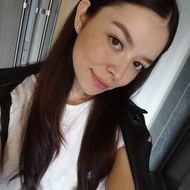