Religious and charitable organizations, as an institution of civil society independent of the state, provide financial and other assistance to various projects of public importance, such as health care, education, nature protection, science, and others, thereby positively influencing the country's economy as a whole. However, according to the world ranking of the Charitable Foundation for the Development of Philanthropy, Russia occupies a rather low position in matters of charity, as well as participation in the activities of charitable organizations, and therefore it is important to find out the motivational foundations, as well as factors that favorably affect the implementation of charitable behavior. The study consisted of studying the relationship of individual values ​​as motivational drivers of behavior with participation in charitable and religious organizations, taking into account the level of religiosity as a moderating factor. The empirical basis of the study was the data of a representative survey of 2012 conducted in the Central Federal District (N = 592) commissioned by the International Laboratory for Sociocultural Research, National Research University Higher School of Economics. The results of the study allowed us to say that certain blocks of values ​​are not direct predictors of participation in charitable and religious organizations. However, the level of religiosity, as a moderator of the relationship, reveals a number of interesting motivational scenarios for participation, which were discussed at the seminar. 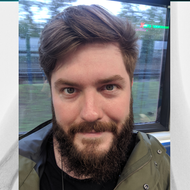